Suicide – The Story of Both Sides 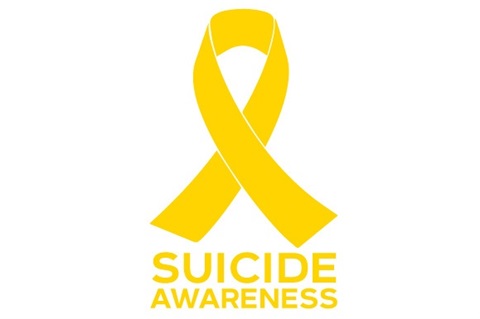 Suicide. It’s a word we’re hearing more and more these days. There are many more celebrity deaths by suicide, and while the word is out there – we’re still not talking about suicide enough. Suicide is the leading cause of maternal deaths in the U.K.

I have been unfortunate to be on both sides. I’ve lost a loved one to suicide, and I’ve wanted to take my own life. For me, an integral part of my suicidal thoughts, stems from self harm behaviours first.

As a teenager I often self harmed, I have scars covering my forearms, my stomach and my legs. It is difficult to explain to someone why you self harm, and the feeling you get from it. For a long time, self harm quelled any other depressive feelings, until I began to feel suicidal. I became consumed with thoughts of my death. How I could do it. What horrible things would stop if I stopped my life. The bullying would stop, the self loathing, the name calling, slut shaming, the friends who would sooner stab you in the back. I know it goes on in schools still, but no one should ever have to feel that way.

The first time I was on the radar of CAMHS (Child & Adolescent Mental Health Service) was when I was 16. I was in the middle of my GCSEs. One night I cut too deep, I had a 4 inch gash on my arm, that split open about an inch, and I couldn’t close it to heal. I tried to put a clean sanitary towel on it cos I didn’t have a dressing and I was panicking. The following day I told my mum I cut it on a screw on the bus to school in the morning, and needed to go to A&E. The doctors clearly saw through my story, and said the wound was clearly older than that. They also noticed my other scars. I had to admit what I had done. I burned with shame, and was made to feel like I was in the wrong. They referred me to CAMHS, but they did nothing for me. When I failed to turn up for an appointment, they never followed it up with me or my parents.

A few years later, after battling many inner demons, I decided I needed to do it. That suicide was the only way. I came up with the plan, I took the bottle of tablets – and then I thought of my mum finding out. I threw up what I could, but I ended up in hospital, drinking activated charcoal to protect my insides. I was treated like an attention seeker because I had gone for help. I felt humiliated, ashamed, and most of all, a disappointment to my family, that I was like this. That I was broken, that I didn’t want to live. That I wasn’t like them. No one else in my family ever felt this way. I was always the odd one out. Out of a huge group of grandchildren (maternal side), I was the only one with thick dark hair (like my dad) I was referred to the Mental Health Team, but there wasn’t much help – they didn’t know what to do to help me. CAMHS hadn’t helped me as teenager. I felt like they failed me, as much as I failed myself.

I limped along the next few years, filling the void in my life with sex, drugs and alcohol. I went from wanting to desperately be with someone, to wanting nothing more than to be on my own. I pushed so many people away that I ran out of chances. I became so tied up with all the crap in my own head, that I became an awful friend. I was a useless, awful friend, to someone who told me they wanted to die, (this happened on a few occasions). I was such an awful friend, that I actually thought ‘he’s threatened to kill himself before, he won’t do it. I’ll speak to him tomorrow when he’s calmed down.’

Tomorrow never came. The phone call did though. The call to say he was dead. That he had wanted to take his life so badly, he had doubled up to make sure he didn’t make it. I was in work when I got the call. I walked around in a daze for most of the day, barely able to make sense of it, until I was on my way home, and all of a sudden I felt like I had been sucker punched in the chest and I couldn’t breathe. I pulled over at the side of the road and sobbed in my car for 30 minutes until I could catch my breath again. He was my marmite friend – we either loved each other or hated each other, there was no inbetween, but we loved more than we hated. He was always there. He was always there with a smile, and the most infectious laughter. At his funeral I was angry. Angry at myself for not being there and not believing him, at all those 2 faced people sat in the church who contributed to his death, who bullied him, and who slagged him off all the time. And most of all, I was angry at him for leaving. For leaving me, leaving his brothers, his mum, and his nieces and nephews. After the anger though, I was consumed with guilt. That it was my fault – that I should have been there. I should have gone to him. I should have been there. Realistically, I know he was already dead before I could ever have gotten there. There was nothing I could have done – but it doesn’t stop me feeling it.

Having been on both sides, and still being on both sides now, they are both as equally damaging. So here is my advice;

If you’re feeling suicidal, speak to someone. The Samaritans can be contacted on 116 123, or contact your GP or nearest A&E if you’re in crisis.

If you’ve lost a loved one to suicide, know this, and only this. It was not your fault. There are bereavement services available that your GP can out you in touch with.

Finally, if you’re worried about a friend who you think may have,or is going to harm themselves, take them seriously, and get them help. Every. Single. Time.