Having a Mental Illness does NOT make me a Bad Mum 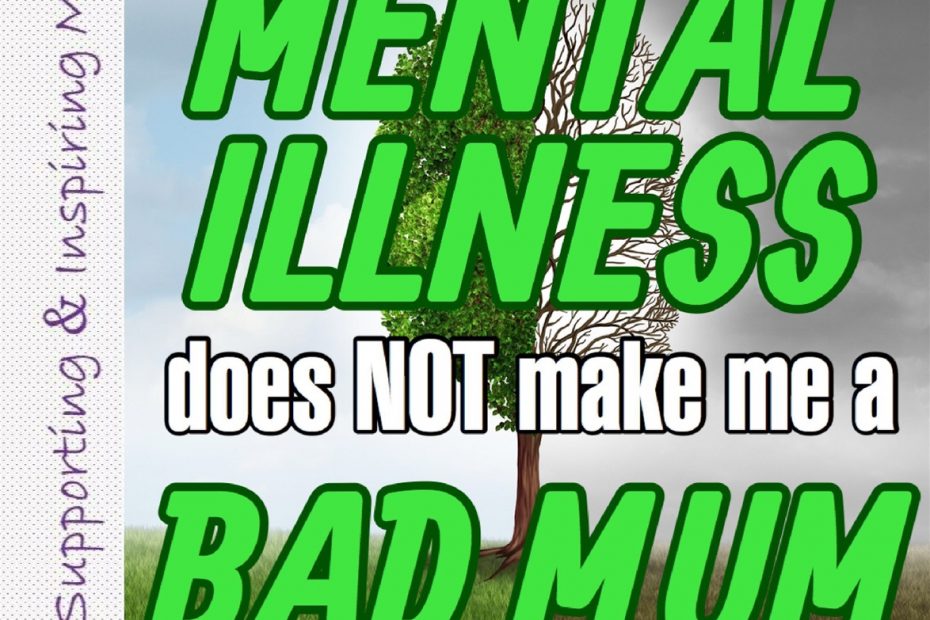 I have thought very long and hard about whether to post about this. Back in September someone decided to report me to Social Services as a welfare concern. It is unclear if that was made about my own mental well being and welfare or if it was about my mental health issues making me a concern to my sons welfare. The only thing I know is that it revolved around MY relationships and MY behaviours, MY mental health – no one else’s. I don’t want to go into the details too much at this time, that’s a story for another day, but I will tell you that in less than a week, SS let us know there was no case to answer to. Case Closed.

The premise for this report was that I talked about my poor mental health online, that I shared too much. My own family even accused me of saying too much, and it actually felt a bit like an ‘I told you so’ that I really didn’t need, but maybe I am too blasé. I’ve always tried to be open and honest about my challenges, mainly because I want to break down the stigma surrounding mental health conditions and stop the very thing like this happening. You may have noticed I’ve been quite quiet since then – because that stigma is now hanging over my head. I’m ashamed to tell people my diagnosis, to tell them that there is something wrong with me. I’m having to second guess everything I say, in the hope that the individual who made the original report won’t try again.

This all stemmed from a discussion in a group chat with some friends about how I was struggling with my mental health and keeping my friendships stable with my splitting thoughts/feelings. I also disclosed that I had had suicidal thoughts and thoughts of self harm. If their reason to report was out of concern for me, then they messed that up as it made that 100 times worse than it was. If I contemplated suicide before, then I definitely considered it when faced with the prospect I could lose my child.

Don’t get me wrong, I’m in no way saying you shouldn’t report concerns to SS, as if you think a child is in danger, then you absolutely must. What I’m asking you to do though, is think about the ripple effect this will have on that person. If their mental health is bad now, what will it do to them adding SS into the mix? Is that the right way to get help for someone, or will it make the situation worse? Is there s better route? One thing I want to ask this person who did this, is why they didn’t come and speak to me directly. If they had a worry about me, why didn’t they tell me?! Why didn’t they ask what they could do to help? If they’re that worried about the bit of dust in my house (yes they really cited that as a concern) then why not offer to come help me if my depression is causing the housework to slip?  I felt like my whole world had been ripped apart. My privacy had been violated as this person had clearly been in my house, and was probably someone I considered to be one of my closest friends.

I still think about those few days where I kept expecting someone to turn up on my door step and take my child away from me. The first 2 days I cried almost the whole time, and still did on and off for weeks after it was even closed – and I’m not ashamed to admit that it still makes me cry now. All of that because I have a mental health problem, and someone thinks that makes me a bad parent.

Just because someone has depression, a Personality Disorder, Bipolar, Schizophrenia, Anxiety, PTSD, OCD etc, it doesn’t make them a bad person. It doesn’t make them a bad parent. Don’t keep feeding into this ridiculous stigma that we have on mental health, and don’t let anyone else have to go through what I did.  I hope one day the person who did this to me will come forward. Yes, I’m angry, but the not knowing is worse. I want to know why. Why they did it. What did they expect to happen? I will never be able to trust anyone like I did before, and all of my relationships have changed forever because of this.

I still have poor mental health, but I manage it, and I have the right people looking out for me. My child knows nothing of any of it. I’m high functioning- I can slap on a smile when I need to, I know how to protect him and his innocence. I know I’m not perfect, but I am a damn good mum and I try my hardest, so that he has everything he needs in life.