Obsessive Thoughts and me… 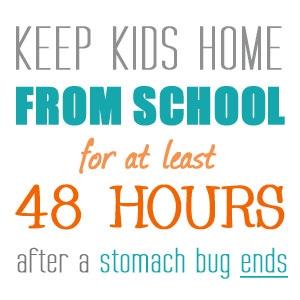 It’s that time of year where my anxiety really starts to kick in. The reason for this is the increase in kids getting ill, more specifically with viruses like norovirus.

For me it is not just that I don’t like being sick, but that it can have massive implications on my health.

When Max was 2, he had just begun nursery and within his first week there brought home a stomach virus. Don’t get me wrong, it was awful seeing him go through it, but both him and Jay recovered in 2 days or so and were back to their usual selves almost straight away. For me, it took almost 2 years.

For a little bit of background, I have Crohn’s disease, which for those who don’t know, this is a type of Inflammatory Bowel Disease. My disease has caused ulcers and inflammation throughout my colon (the large bowel – which is the end of the digestive tract) and through the valve which connects it with the small bowel. This caused extreme pain, diarrhoea (up to 30 times a day), fatigue so bad I couldn’t even go downstairs, nausea, as well extra intestinal issues. This was brought under control with steroids, and maintained by strong immunosuppressant drugs that can also be very damaging for the body.

The reason it took me so long to recover, was because the bug aggravated my Crohn’s disease. It caused my bowel to spasm, and contract, like when you’re in labour. This can last for a lot longer and be even more painful. There is a risk of a perforated bowel, and even death if it’s left untreated. I felt sick constantly despite the vomiting passing after 3 days. I had zero energy, and my depression hit rock bottom. I underwent months of tests and procedures and methods to try and get it under control. I was then told that I had developed something called post infective IBS, which means the bowel was so affected by the bug, it caused me to have IBS on top of the Crohn’s. This means I can never go back to the level of health I had before that bug. It took 2 years to find the right treatment for me. It cost me time off work and my actual job in the end.

As a result, I suffer extreme anxiety about stomach viruses now. I didn’t go to soft play areas for a couple of years cos I was so terrified. I carry anti bac gel and wipes with me. I used to make Max strip as soon as he got home from school and basically anti bac him. Now I make him wash his hands as a minimum but the rest is up to him. I wouldn’t use public bathrooms unless I could douse myself in soap and anti bac.

The worst of it is the anxiety in my head. The obsessive thoughts, and feeble connections I make for how the bug will make its way to me. I will give you an example, in that one of Max’s friends has been off school the last 2 days with said bug. My mind will go something like this…

Oh god. Does Max sit on the same table as him? Has he touched him? Did he wash his hands before he had his lunch? I’ve asked him to do it and he says he does, but he’s only 7 so is he telling the truth? I caught him sucking his thumb the other day. What if he did that in school and hadn’t washed his hands? What if he passes it onto someone else in the class and we don’t know yet, but Max is friends with them and then it comes home. What if someone else has it and had touched the same door handle as Max or not flushed the toilet properly. What if he is sick tomorrow he won’t get his flu jab? Or if it’s the weekend he will miss his camping. What if someone doesn’t keep their kid away for the right amount of time?

And that, right there. That last question if the whole reason I feel like this, and the reason for writing this blog. People who don’t follow the 48 hour rule because it’s not convenient for them. That rule is so damn important to me, because it’s the difference between suffering for months or not.

It may be inconvenient for you to keep your kid off school, but think of those who have cancer, or low immunity, those who rely on people following the rules to stop them getting poorly. Think of the staff who look after your kids – they don’t deserve to get sick for doing their job. They deserve the same respect as anyone else does, as well as all the children who it is unkind to pass it on to. I feel I also need to add a thank you, to those who do follow the rules and help to protect people in our community. I am lucky that *most* of the parents in our class follow the rules, and I have no qualms in calling someone out if they don’t and reporting them to school.

This is my plea. If your kid gets a gastro bug with vomiting and/or diarrhoea – you need to keep them off school until 48 hours from the LAST instance to make sure they’re not contagious. Please think of other people’s health and circumstances and not just your own.

Of course, this doesn’t just apply to school children, but people who work in food, with the elderly, in a hospital, or even just in an office where you come into contact with other people. One person could cause a huge spread. For example, a child going to Brownies or Beavers could potentially be the start of outbreaks in many schools and not just their own.

So for now, over the winter months, I know these obsessive thoughts become part and parcel of everyday life. They’re there all year round, but as bugs are more prominent in winter, this time is worse for me. The approach of events like trips to see Santa, nativity, pantomime and Christmas itself all make my anxiety 100 times worse, because I worry about being sick when they happen and ‘ruining’ them, because my Crohn’s has taken so many days and so many memories from us already.