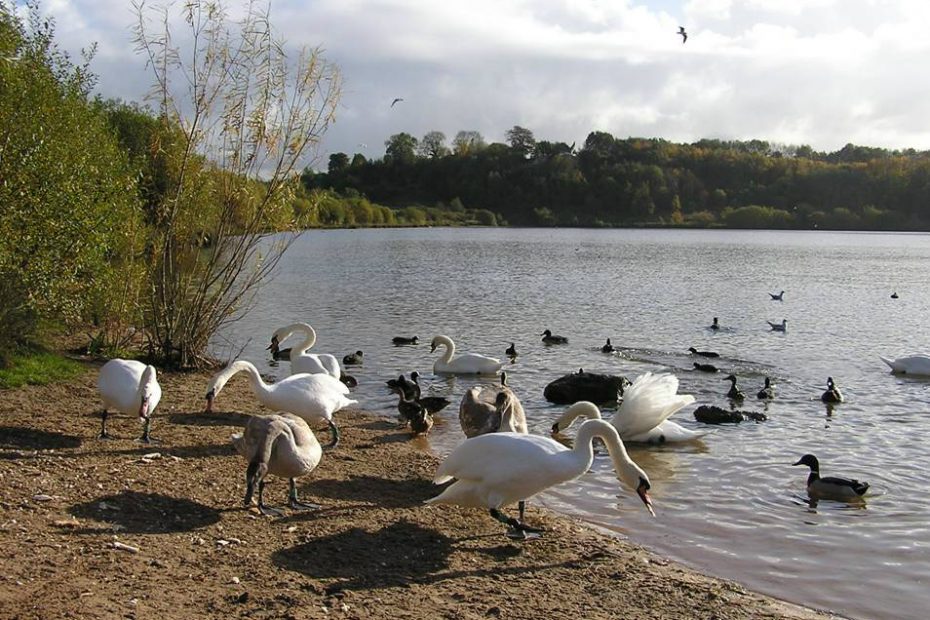 We are one of the Motherwell Minisfamilies – you see some of our Mini Adventures shown at 7:30pm on Fridays on Motherwell Cheshire Facebook Page.

Even with a budget, Christmas spending can still affect the spending of January.

We family of 5 with a 5year old, 7year old and 8year old and we have become quite frugal with spending – it was easier when the youngest two got in places for FREE for the under 5s but now its becoming more difficult.

This week we got some seed (65p) for the ducks and went to Brereton Country Park.

The circular path is about a mile and surfaced paths made a lovely walk around the lake.

All those we met on our walk said hello to the children and gave us a warm feeling on what was a chilly afternoon. You may walk past these same people on a street or shop but the everyday rush and things to do creates a very quiet world for children and for us, with no-one speaking to anyone anymore.

The youngest went on a hunt through the trees for a stick man he found a tree that looked like a two headed dragon asked to be lifted up and had a ride.

They found branches that had been made into a den playing hide and seek.

The second eldest found a tree fallen which became a plank for them to walk across being pirates.

So much fun, so much imagination, so much free play, so much open space, so much nature – you wonder about those days that you spend lots of money for entertainment – yes they are beneficial – but surely there’s not much that can top a FREE OUTDOOR ADVENTURE !