When Depression Steals all of your Love 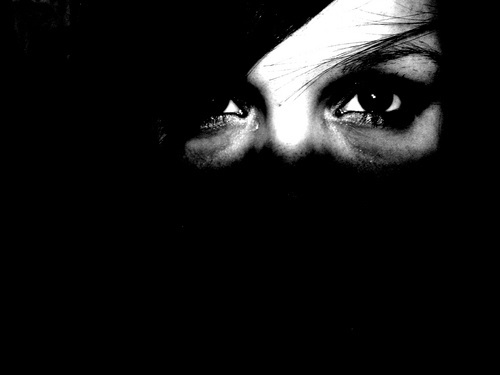 I first got diagnosed with depression aged 19 – I was at university, I had found out my parents were separating and my dad was going to live with someone else, gone home for Christmas (which really didn’t feel Christmassy) and gone back for exams. Then in February, it hit me. Luckily, I had a housemate who realised there was a problem and went with me to the counselling service at the university. People talked about recovery, but the most honest response was when I told one of my lecturers and he said “I’m so sorry, it’s an awful thing to have as it keeps recurring, it will never go away”. He was right – recovery is possible for me, but I slide backwards often. I had depression 5 times over the next 10 years, lasting on average 6 months each time. I went through periods of self harm, thought about suicide, went through councillors and at one point a psychiatrist. Life went on.

Then … I found out I was expecting my third, at the same time I discovered it should have been twins but one hadn’t made it. I was numb. Then it hit me, that I had a baby I would never meet – I was terrified that as it hadn’t made it past 8 weeks development it wouldn’t have a soul. That may sound silly, but to me it was hugely important – was it just a thing that had tried and failed to grow, that would be reabsorbed (as they explained at the hospital – no miscarriage with a twin, the body just absorbs it back) or was it a baby with a soul, was it safe with God and feeling the love I’d never get to show it? I’m in tears now again as I write this. My minister was wonderful – she has helped so much with a service for my lost baby and with just letting me talk. I also received support from Motherwell, from one of their counsellors. This is different to anything I’ve known before –it doesn’t feel like depression, because it’s only at certain times or with certain triggers that I cry – I guess it’s grief. It feels like I shouldn’t grieve; I have a living baby growing inside me still, and two other children, and it’s not that it was planned or that we ever met it, or even saw it kick – my baby wasn’t even old enough when it died to be more than an ‘it’ -too soon to know if it was boy or girl. But I can’t help how I feel. I will always remember my angel baby. It won’t be long before I meet the surviving twin, only a few months to go and time is flying by … and I’m terrified, terrified that once again I will look at my little helpless baby once my husband has returned to work, and feel nothing. This time I’m prepared – this time, my midwife has asked me about my mental health history and offered me support – I know it will be there if I need it, that I can have someone come to my house. I know that, should I need it, I can find help whilst on maternity leave (I know the people who run a group I can take my baby to, at a time my husband will be awake to watch the older two, because I now work with them!). I know that it is probably too much to ask, that this time I can really be the mother I want to be – interacting, smiling, doing all the stimulating things young babies need, whilst being a fun and loving mum to my older two; making sure my current youngest has all the help he needs to adapt (I have no idea how he will cope with SPD and a new baby!) and that my eldest isn’t left out. But I also know that I can do this. I’ve done it before. If depression hits, I have my action plan ready!