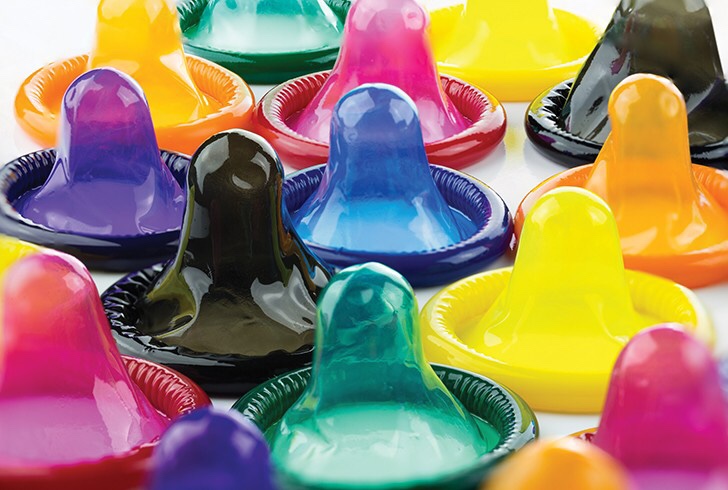 Tonight I have watched the latest episode of Casualty, where a nurse treats a patient he had unprotected sex with the night before, and this man has uncontrolled HIV, and the nurse didn’t know and was worried about his exposure. It reminded me of an experience I went through.

I was 21 years old, and I had just come out of an abusive relationship and my self worth was at an all time low. I just wanted to be loved, and by anyone who would have me. I began smoking a lot of cannabis and having unprotected sex with a number of men. I was on the pill, so I thought that it didn’t matter because at least I wouldn’t get pregnant, right? Sexually Transmitted Diseases only happen to other people. It would never happen to me!

How wrong was I…

It was about 10 days since I last had sex with this guy (who was a real jerk!) and I went to the toilet at work and felt a sharp burning sensation when I went for a wee, and I had a horrible yellow, smelly discharge. I felt my stomach sink as it dawned on me that this wasn’t right, and I made an appointment to see a nurse at my doctors for a swab. It was really embarrassing as it was a small practice and I had been going there since I was born, so they knew my family and had seen me grow up. It was Christmas Eve, so it would take a bit longer for the results to come in, so on New Years Eve I received a phone call from the nurse who confirmed I had tested positive for Chlamydia. I felt sick. How could I have been so stupid? She said the doctors couldn’t help me and I would need to attend a specialist Sexual Health clinic immediately because if I didn’t, I could risk permanent damage and infertility. This was a wake up call for me.

I attend the clinic straight away, where I was given some tablets to take to clear the infection up, with strict instructions not to sleep with anyone for at least a week (that was the last thing on my mind!) and then came the very worst part. I had to give details of everyone I had slept with in the previous 28 days, and then contact them to tell them they may have been exposed and to get checked out. I couldn’t even give surnames for some of the men, or even a real first name, just a nickname. I knew who I had caught it from as I had slept with a couple of the guys a few months earlier and been ok, knowing they’d been with no one else since.

Contacting them was the most humiliating thing I’ve EVER had to do, and I promised this would be the last time I’d ever need to. Most were understanding and agreed to get checked out to make sure as Chlamydia doesn’t always have symptoms. The only one who had an issue is the only one who didn’t get checked, and was the one who gave it to me.

I realised I was LUCKY! I was lucky because I had symptoms and knew to get checked right away. I was lucky because it didn’t cause permanent damage or leave me infertile. I was lucky that Chlamydia is easily treated. I have since come to learn that there are worse diseases I could have caught, like genital warts, or herpes. I have 2 friends who had similar experiences to me, and managed to catch one of those. They will never be rid of them. They come and go and will forever be plagued with them. Despite that, we are ALL lucky, that we didn’t contract HIV or Hepatitis – both are life long and potentially life limiting.

The only way to protect yourself against pregnancy AND STDs is to use a condom EVERY time you have sex. You can also contact your local Sexual Health or GUM Clinic for more information, regular health checks, and tests if you’re worried. They are very discreet and understanding.

I’ve been there, I’ve learned the hard way, and if sharing my experience can stop just ONE person from catching a disease then it is worth the embarrassment of it being out there.