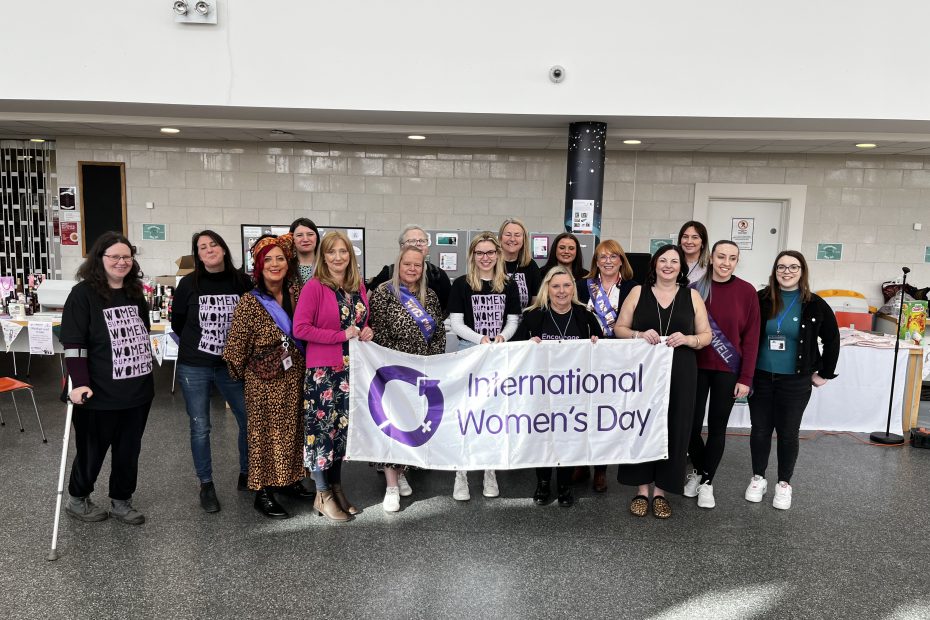 A Crewe charity leader who received the prestigious high sheriff award insists a “collective team effort” has pulled the Charity and local community through the pandemic.

Kate Blakemore, CEO of Motherwell Cheshire CIO was left overwhelmed when the High Sheriff of Cheshire visited the charity’s hub to deliver the award.

Since March 2020 when the country was placed into a national lockdown for the first time, Kate, the Motherwell Cheshire team, supported by a group of volunteers, moved their provision online to ensure the communities most vulnerable could still access the vital support needed.  They have continue to increase their support where it is needed as lockdown restrictions have been eased and more face to face programmes and activities have been reintroduced.

The focus of Motherwell Cheshire, which began in 2015, has always been to encourage, inspire and empower all women and girls to improve their mental health and challenge the associated stigma.

This has seen the charity in the year ending April 2021 provide mental health support to 314 women and 39 girls and 854 hours of counselling support.  Motherwell recently commissioned a social impact report and the value that they add through their services equates to over £6 million pounds including 1678 of volunteering hours.  Figures that Kate and the team are extremely proud of.

The award was made by the high sheriff of Cheshire Robert Mee DL, to Kate in recognition of her great and valuable services to the community.

Talking of the award Kate said: “I am very proud of the services that Motherwell Cheshire has delivered and continues to deliver.

“We are delighted to receive this award which has provided an opportunity for us to reflect on what we have achieved during this time and to recognise the efforts of those behind the scenes who have contributed so much to enable us to reach the people who need our help.

“Although this award has my name on it, I cannot reiterate enough that this is a collective award for an unbelievable team that goes above and beyond to respond to calls for help and deliver the services required within our communities.”

Motherwell Cheshire are also celebrating after receiving the Runner-Up award in the category Charity or Social Enterprise with Best Volunteer Team at the Steve Morgan Foundation awards.