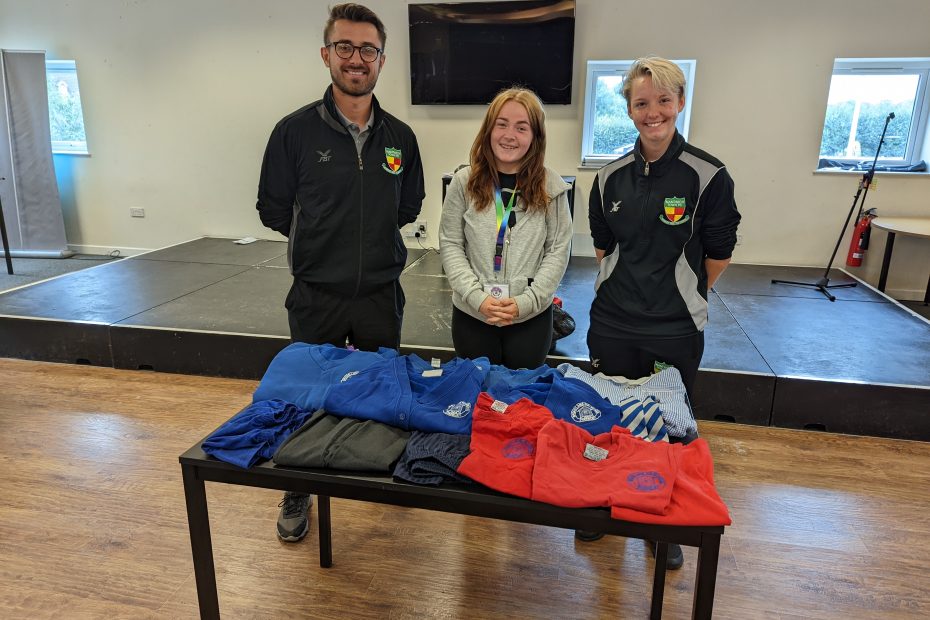 Motherwell Cheshire are pleased to announce that they have formed a partnership with Nantwich Town’s Women’s Team to work together on promoting best practices and considerations for Women sports teams, ways to end period poverty locally and to help in the collection of boots for the Motherwell Cheshire Community Share Hub.

The partnership was formed as part of Motherwell Cheshire’s #CheshireGirlsCan campaign to encourage more women into sport.  The campaign is raising awareness about the sport opportunities girls and women have in Cheshire and encouraging everyone to be active by showcasing the local clubs and groups available to attend through their Cheshire Champions.

We have also been interviewing local women and girls to share their experiences with being active and challenges they have overcome with other.

Kate Blakemore, CEO of Motherwell Cheshire said of the initiative: “We are extremely pleased to have joined forces with Nantwich Town, who are leading the way in Women’s Football, to help us deliver this initiative.

“Through the #CheshireGirlsCan campaign we aim to provide a safe space for Women’s Sports Groups to network and build relationships so that ongoing support can be provided, and to promote the links between staying active and positive mental health.

“We really want to help to break down gender bias in local sports and we are doing this by working with local schools to offer a variety of opportunities for all genders; helping high schools to educate girls on periods and sport and by educating, encouraging and showing parents the full range of activities available to their daughters.”

We caught up with Dani Fisher-Sherratt, Asst. Head of Female Football at Nantwich Town Football Club and she spoke with us about the newly formed partnership with the club:

“We are absolutely delighted to have formed this partnership with Motherwell, supporting the #CheshireGirlsCan campaign. Here at Nantwich Town FC we are dedicated to increasing participation for women and girls in sport and working with Motherwell is giving both us as a club and them the opportunity to succeed in this. The Women’s Euro’s this summer has increased participation massively in football at our club, now accommodating over 100 girls on a Friday evening at our girls football session.

“This shows how we can be influenced by success and the importance of promotion within sport, as well as breaking down the gender barriers that females are constantly facing when participating in sport. We are working closely with Motherwell to promote our own football matches and training sessions. We hope that the close relationship that we are building with them will help us to get more women and girls into sport.”